What Does the Austin City Limits Music Festival Offer?

Whether you are already a resident of the city or you are considering becoming a resident, you probably already know that music is essential to the Austin scene. There are many recording studios in the city, as well as venues, both large and small. It is a haven for musicians of all types and music lovers. Naturally, there are several festivals and celebrations of music in and around the city each year for residents and visitors to enjoy. One of the most prominent and popular, and which tends to draw some of the biggest names in music, is the Austin City Limits Music Festival.

A Brief History of the Festival

The first festival was in 2002, and at that time, it was only a two-day event. During that first year, there were five stages and 67 bands that played. While it was expected to be popular, they had initially thought about 25,000 people would show up. During that first year, there were more than 42,000 attendees. Over the years, it has expanded to the point where it now takes place on two consecutive weekends, typically in September or October.

The festival has become more than just a celebration of music, though. It also happens to be the home of a very impressive food court during those two weekends. Known as Austin Eats, there is food from many of the top restaurants throughout the city. Guests will be able to find many different types of food that should be able to accommodate nearly any taste and dietary needs.

Also, those who attend the event will likely want to spend some time checking out the ACL Art Market. It features different vendors offering art of all types. The market is open throughout the festival. There are even things to do for the kids. Austin Kiddie Limits is open daily on both weekends, and it has a range of activities for the kids. There is even a family-friendly entrance, and kids who are ten and under can get into the festival free with their parents.

The locals and visitors alike have come to love this annual event. Not only do they get some great music to enjoy, but it helps to add even more to the local economy. Of course, the real reason that people keep coming back to the festival, again and again, is because of the music. Over the years, the festival has expanded to include all genres, which has helped it continue to grow in popularity.

Which Artists Will Be Coming to the 2019 Austin City Limits Music Festival?

In 2019, the festival will take place in Zilker Park, as usual, on October 4-6, as well as October 11-13. There will be a massive list of musicians who will be at the event. Some of the standout names that might appeal to you include Guns N’ Roses, Billie Eilish, the Cure, Mumford & Sons, Tame Impala, Third Eye Blind, and Childish Gambino.

It is easy to see why this is one of the most popular events in the city. 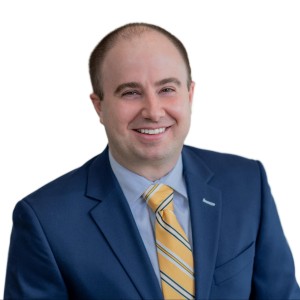